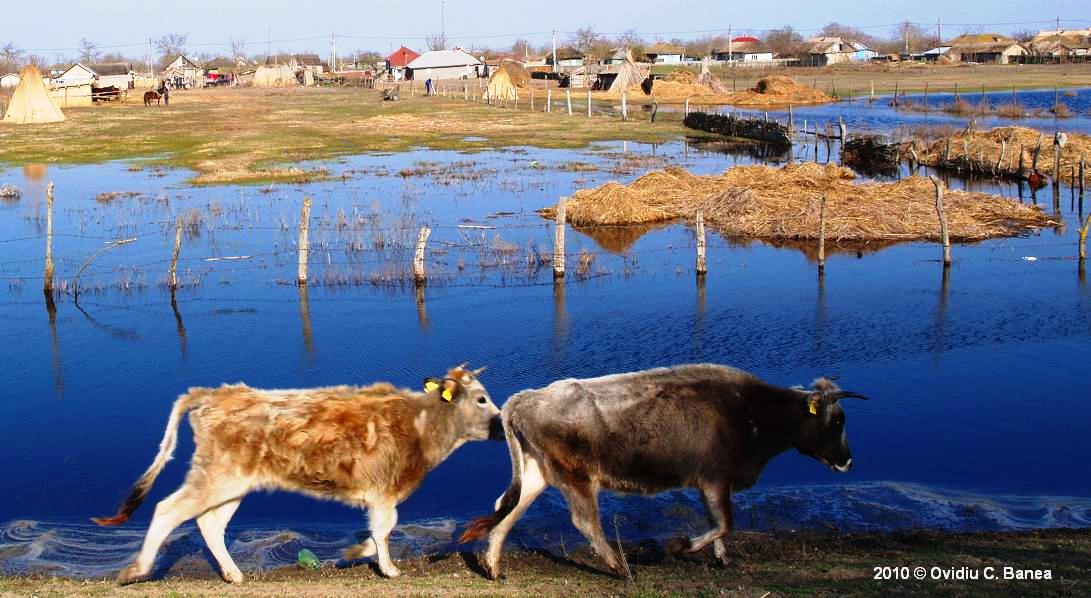 A review by Ovidiu C. Banea
Responsible for "Green Guard" Ecological Corp
Ecology Department, Crispus NGO Sibiu, Romania
28.09.2022
A TOTAL NUMBER OF 12 TETRAO UROGALLUS INDIVIDUALS WERE APPROVED TO BE KILLED IN ROMANIA (ALL IN COVASNA COUNTY) DURING THE 2022/2023 HUNTING SEASON

ECOLOGY of THE SPECIES  European Union 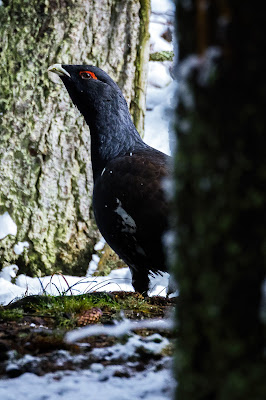 • Sexual dimorphism is highly pronounced, males weigh 4-5 kg whilst females are no more than 2kg;

• Most young males settle close by, but young females tend to disperse distances of 5-10 km ;

• In autumn and winter, females and young males form small groups of usually less than 10 and not more than 20 individuals;

• Starting in late winter, males display collectively in traditional ‘lek’ sites to attract the females; once a male has selected a lek site it will return to that site throughout its life;

• There is no pair bonding, instead, the males tend to form temporary harems before the females withdraw to nest alone;

• The nest is a shallow depression on the ground, sparsely lined with vegetation, and usually placed in thick cover, often at the foot of a tree;

• In Scotland and Central Europe egg laying occurs from mid-April to early May, becoming later with increasing altitude. In northern Scandinavia, laying takes place from mid-May to early June;

• Usually only one brood is produced a year, each clutch contains 6-8 eggs. Incubation is ca 26 days with hatching occurring from late May to early June, depending on latitude, altitude, and climate;

• Young are precocious and eat mainly insects and spiders, but they are very sensitive to cold and require brooding until 3 weeks old. They become independent after their 4th month;

• Adults eat predominantly plants. In winter they feed almost exclusively on conifer needles in the crowns of trees.

From May to October, the birds feed mainly on the ground on leaves, buds, flowers, and fruits. Important summer shrubs include bilberry, crowberry, horsetails, mosses, and woodrush.

Model assessments of minimum viable population size have suggested that the minimum area required to sustain a viable isolated population of ca 450 individuals is 250km². Ideally, suitable capercaillie habitat should be contiguous across this area, if it is not, smaller patches (50-100km²) of suitable habitat should be sufficiently interconnected to allow dispersal and exchange between subpopulations.

The species is part of the Galliformes Order and Phasianidae Family and according to IUCN is included in the Red List with the last assessment made on October 2016. The species is listed as Least Concern (LC). The European population is estimated at 666,000-1,060,000 calling or lekking males, which equates to 1,330,000-2,110,000 mature individuals (BirdLife International 2015). 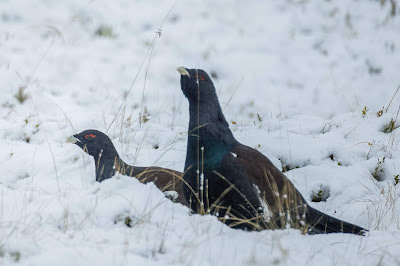 According to official data presented by the Romanian Government, Mr. Virgil Pițu (Counselor of Environmental Board Authority) in Romania the population size of the Western Capercaillie was 12.133 individuals in 2021 and 11.957 in 2022. In the Hunting season, 2021/2022 there was no harvest quota proposed or approved while in 2021/2022 a total number of 7 individuals are proposed to be killed in two counties of Romania.

One ”interesting” study was published in 2021 by Petru T. Stăncioiu Transilvania University of Brașov, Faculty of Silviculture and Forest Engineering in ”Science of The Total Environment” (Source HERE). To the best of our knowledge, no other scientific work was published by Romanian scientists in the field of Western Capercaillie species ecology or management. This work describes habitat modeling with the Cold War spy satellites.

The capercaillie is listed under three Annexes of the Birds Directive

Species protection under the Birds Directive

The 500 wild bird species naturally occurring in the European Union are protected in various ways:

Annex 1: 194 species and sub-species are particularly threatened. The Member States must designate Special Protection Areas (SPAs) for their survival and all migratory bird species.

Annex 2: 82 bird species can be hunted. However, the hunting periods are limited and hunting is forbidden when birds are at their most vulnerable: during their return migration to nesting areas, reproduction, and the raising of their chicks.

Annex 3: overall, activities that directly threaten birds, such as their deliberate killing, capture or trade, or the destruction of their nests, are banned. With certain restrictions, Member States can allow some of these activities for 26 species listed here.

Annex II/2 of the Birds Directive, means that the species may be hunted under national legislation in those Member States (Finland, Sweden, Latvia, UK, France, Germany, Austria, Italy, and Romania) which have specifically indicated that hunting of capercaillie can be allowed on their territory.

The Member States shall see in particular that capercaillie is not hunted during its period of reproduction or during its return from migration in late winter and spring.

According to Forestmania.ro (Source HERE) hunting period of the Western Capercaillie was banned in 2010.

Recently, Romanian Environmental Board Authority, without provisions of any Article from Birds Directive related to Special Protection Area to ensure the conservation status and habitat suitability for Western Capercaillie showed interest to emit a Minister Order to hunt 239 individuals during the period 10th of September - 30th of November 2022.

To this date, no Official Monitor Publication was released by the Romanian Government in this regard.

STILL, 12 WESTERN CAPERCAILLIE ARE APPROVED TO BE KILLED DURING THIS SEASON ACCORDING TO THE OFFICIAL DATA IN COVASNA COUNTY 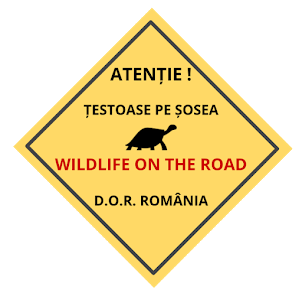 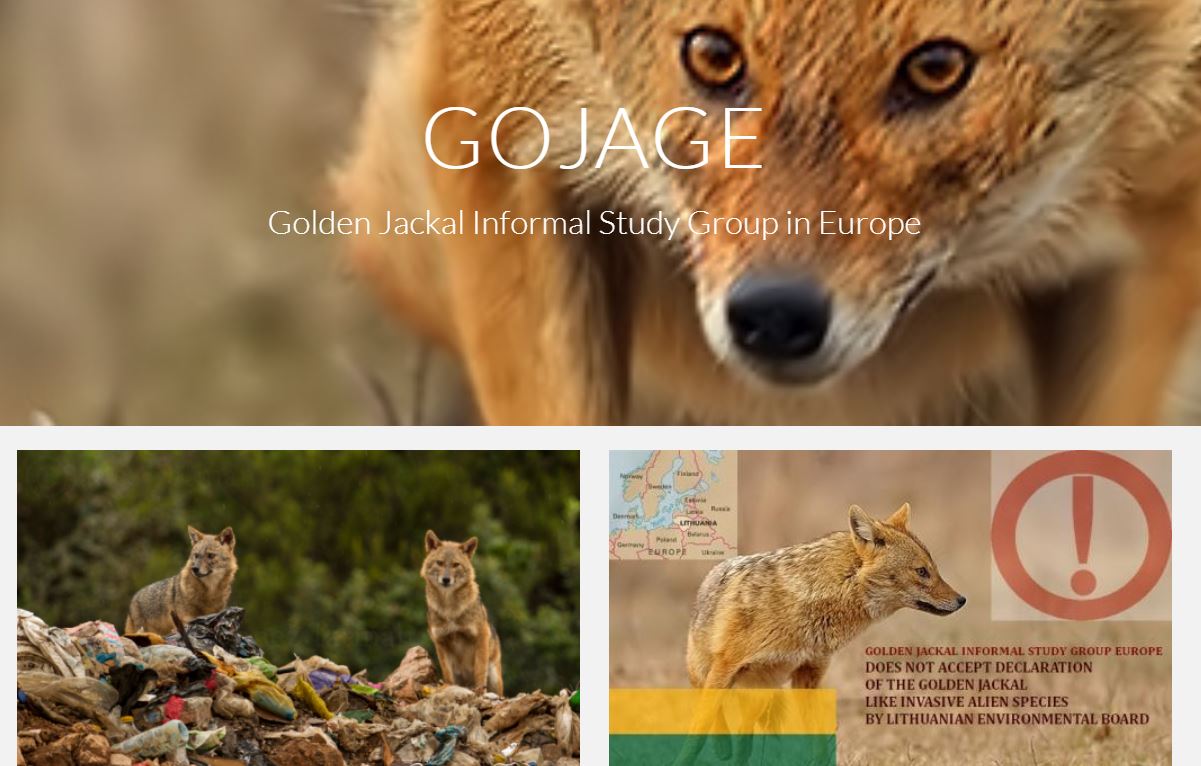 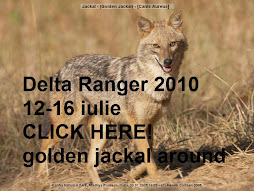 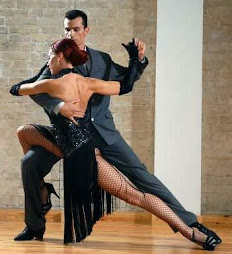